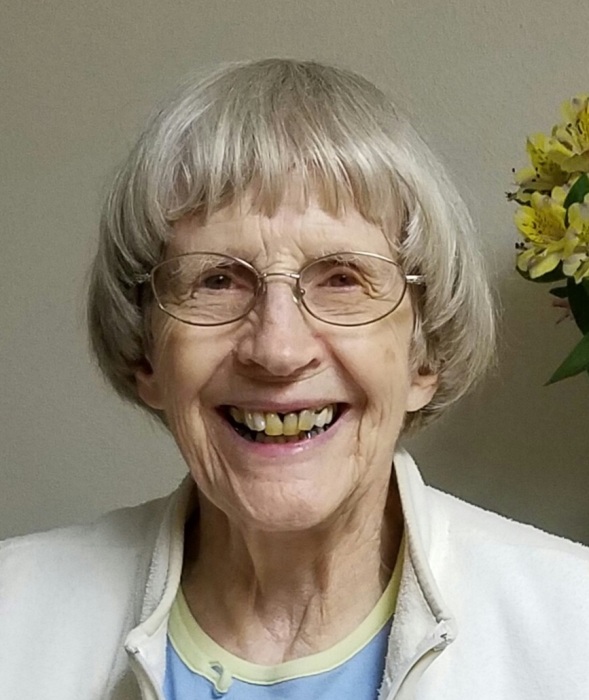 On April 17, 2020 Agnes Elizabeth (Quinn) Whitlow, 89, passed away at Pleasantview Home in Kalona, Iowa, losing her battle with dementia. A memorial service will be scheduled at a later date. In lieu of flowers memorials may be given to Lower Deer Creek Church or Iowa City Hospice.

Agnes was born on March 2, 1931 to the late Vera (Wolf) Quinn and Bernard Quinn at home in Lone Rock, Iowa. She was the oldest of seven children, five who survive her: Patricia Andrade, Allan, Rosemary Faber, Emmett and Rachel Gidion. She was predeceased by her sister, Vera Hupp. On September 16, 1950 Agnes married her sweetheart, William Frank Whitlow. They were married at Camp Pendleton in San Diego. The ceremony was performed by her uncle, Fr. Robert Quinn, who was the Navy Chaplain. Upon Bill’s discharge from the Navy, Agnes and Bill were married 49 years before his passing and lived an adventurous life, living in many states with his job in the Veterans’ Administration Hospital. Agnes was a member of the Lower Deer Creek Church for many years. During their life together they raised nine children who were their pride and joy: Denise Fannon (Michael) in York, PA; Dean in Kalona; Kathleen Berg (Don) in Sigourney; Pamela Becker in Coralville; Maureen Courtney (Joe) in Allen, TX; Mark (Gloria) in Iowa City; Roberta Sparkman in Houston, TX; Brent in Lakewood, CO and Jan (LeAnne) in Lake City, FL. She is also survived by 20 grandchildren and 26 great grandchildren.

To order memorial trees or send flowers to the family in memory of Agnes Whitlow, please visit our flower store.