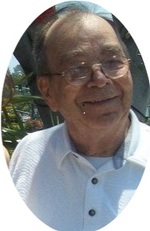 No services will be held at this time.

Al was born May 11, 1927, in Chicago, Illinois, to Alexander and Ada Busch. He graduated from Scheer’s High School in 1945 and Beloit College in 1949. He spent his summers in Williams Bay, Wisconsin.

Al married Sue (Mapes) in 1953. They had two sons, Alexander (John) IV and Jeffry. They divorced in 1964. Al married Shirley (Gomora) in 1968, and was widowed in 1989. They had a son, Christopher together. Al worked for the Department of Defense in Joliet, IL. He lived in Bettendorf, Iowa for thirty-two years. Al recently moved to Iowa City to be closer to his son, Chris.

Al is survived by his three sons and their families: Alexander (John) IV and wife; Becky (Butler) and their two children; Chase and Lexii, of Escondido, California. Jeffrey and wife; Sarah (Dewald) and three children; Devon (Busch) and Erik Morefield and great-grandson Luke, Taylor Busch and great-granddaughter Ariana, and Madison all of Santee, California. Christopher and wife; Denise (Yoder) and two children; Jacob and Caitlyn of Kalona, Iowa. Al’s also survived by his brother; Robert and wife; Marie Busch of Elgin, Illinois, and many nieces, nephews, cousins, and friends. He was greeted in Heaven by his parents, wife of 22 years; Shirley (Gomora) Busch, granddaughter; Dana Busch, and many other wonderful relatives and friends! A memorial service is planned for a later date in Williams Bay, Wisconsin. A memorial fund in his name is set up with the American Heart Association.

To order memorial trees or send flowers to the family in memory of Alexander Busch, please visit our flower store.