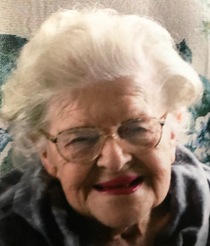 Funeral Services have been set for 11:00 AM Monday, April 17, 2017 at the Washington United Methodist Church with Pastor Ben Blanchard officiating. Burial will follow in the Riverside Cemetery. Visitation will begin at 1:00 Sunday, April 16, 2017 with family receiving friends from 4-6:00 at the Beatty Funeral Home.

She was a homemaker and member of the Washington United Methodist Church. She enjoyed collecting angels, word search games, animals and visiting with family on the phone.

She was preceded in death by her parents, both husbands, brother Carl and sister Betty Yeggy.

To order memorial trees or send flowers to the family in memory of Arlene Horak, please visit our flower store.