Arnold Yoder was born January 2, 1920 in Parnell, Iowa the son of Artemus A. and Ella Mae (Eash) Yoder.  He served in the United States Army during World War II. On September 5, 1943 he was united in marriage to Lourene H. Bachman in Manson, Iowa and the couple raised eight children; Gene, Emma Lee, James, Noreen, Reginald, Steve, Cheri and Don. Gene passed away on December 2, 2008. Arnold held a variety of jobs throughout his life including farming, and road construction and most recently owning and operating Yoder's Mobile Home Repair and Service.  He was a member of the First Mennonite Church in Iowa City and he enjoyed mowing, gardening, driving the gator and spending time with his family.  He was a devoted husband to Lourene and the couple just celebrated their 70th wedding anniversary last September

Preceding Arnold in death were his parents, one son; Gene Yoder, one grandson; Jeffery Brenneman, one brother Glenn and wife Rosalie Yoder and a sister; Loretta Bender and husband Lloyd.

To plant memorial trees or send flowers to the family in memory of Arnold Yoder, please visit our flower store.

When I was five, I was across the lane from the farm house playing in my playhouse. Suddenly it started to thunder and rain. Arnold was painting the outside of our house and heard me crying. He ran to me and carried me to the farm house.I remember asking mom if he was Jesus? How sweet is that? Nice to think about Jesus carrying Arnold home to meet our loved ones who are already in heaven. Love & Prayers to all of you, Craig & Sherlyn Jantzi ABQ, NM

We are sorry for lost HE has been a Blessing TO ALL. 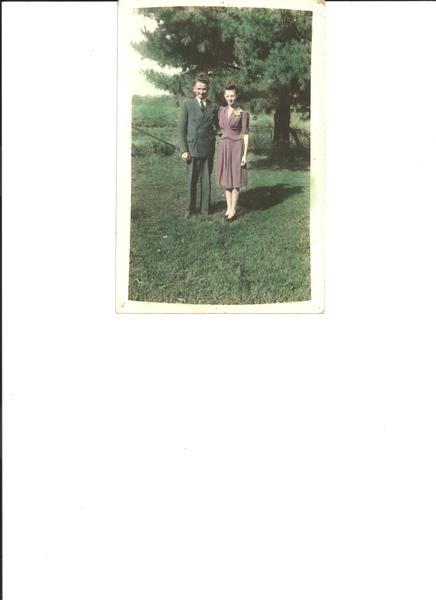