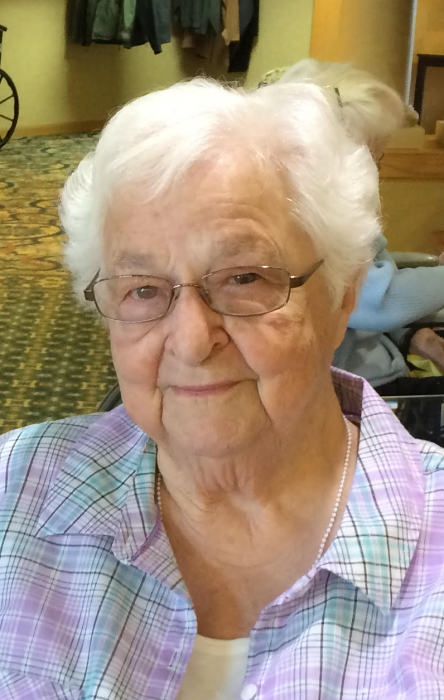 Beulah “Pud” Swartzendruber, 84, died peacefully on November 21, 2018, at Cedar Valley Hospice in Waterloo, Iowa. A memorial service is planned at Sugar Creek Mennonite Church on Saturday, December 29 at 11:00 a.m. The family will receive visitors from 10:00 to 11:00 a.m. In lieu of flowers, memorial contributions may be given to Mennonite Central Committee or Cedar Valley Hospice. The Beatty Funeral Home is assisting the family.

Beulah was born on August 31, 1934 to Joseph and Barbara Graber, joining her large family of nine brothers and sisters on a farm outside Wayland, Iowa. She graduated from Hesston College and taught in a one-room country school before marrying Dale Swartzendruber of Wellman, Iowa on September 17, 1955. They lived in the Wayland area until 2014, at which time they moved to Cedar Falls, Iowa to be near their oldest daughter. Beulah was a devoted wife, mother, grandmother, neighbor, and friend who loved nature, flowers, and gardening.

She was preceded in death by her parents and brothers and sisters.

To order memorial trees or send flowers to the family in memory of Beulah Swartzendruber, please visit our flower store.