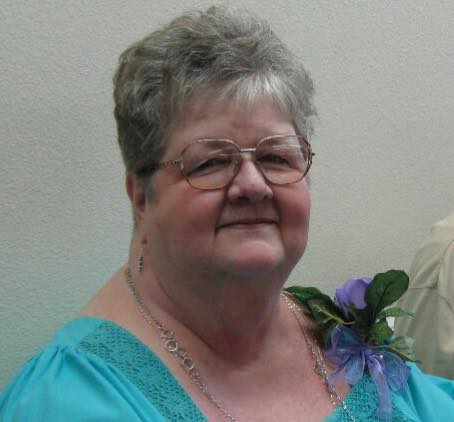 Bonnie Jean Fritz, 79, of Washington, Iowa, formerly of Kalona, Iowa, died Sunday, September 22, 2019 at the Washington County Hospital in Washington. A Celebration of Life service will be 10:30 a.m. Saturday, September 28, 2019 at the Shiloh Church. A private graveside service at the Shiloh cemetery on Nutmeg Ave., for the family and invited friends. The Beatty-Peterseim Funeral Home of Kalona is assisting with arrangements.

Bonnie was born October 31, 1939 in Washington, Iowa, the daughter of Hubert and Viola (Blick) West. She moved with her family to the San Fernando Valley in California where she lived until moving back to Washington in 1968.

Bonnie was married to Floyd Dale Adams from 1956 to 1959. Bonnie was united in marriage to Dale J. Fritz on May 31, 1968 in Washington. She attended Kirkwood Community College where she received her high school diploma, medical secretary and C.N.A. certificates.  She was help mate and bookkeeper from 1968-1987 in her husband's sanitation business and was employed as a C.N.A. for 15 years at the United Presbyterian (UP) Home in Washington.

After moving to Maui, Hawaii in 1987, she worked in the secretarial, human resources and medical transcription fields.  While attending Maui Community College to complete her L.P.N. nursing diploma, she worked as a C.N.A. at Maui Memorial Hospital, then as L.P.N. until moving to Kalona, Iowa in 2001. While living in Kalona, she volunteered for 10 years in various office positions at Shiloh Church where she and Dale were members.  They moved to the UP Home in 2011, and after her husband passed away in 2016, she moved to the Pearl Valley Rehabilitation Center.

To order memorial trees or send flowers to the family in memory of Bonnie Fritz, please visit our flower store.