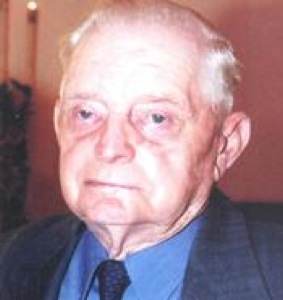 Funeral Services have been set for 10:00 AM Wednesday, April 4, 2012 at the Beatty Funeral Home in Washington with Rebecca Carver officiating. Burial with Military Honor provided by the American Legion Post #29 will be in the Oregon Township Cemetery in Ainsworth. Visitation will begin at Noon Tuesday at the Funeral Home with family recieving friends from 5-7:00 PM. Memorial contributions may be designated to the Ainsworth First Responders or Iowa City Hospice.

Charles was born March 9, 1919 at home near Ainsworth, Iowa the son of Charles Gilbert and Emma J. (Statler) Plecker. He graduated from Washington High School in 1938 and served in the Army during WWII. He was discharged from the Army at Camp Atterbury, IN. He left Washington with Troop D, 113th Cavalry, went overseas in January of 1943. He participated in the invasion of Normandy, Northern France, Rhineland, Central Europe and the Ardennes campaigns. He guarded General Hodges and staff of the 1st Army Headquarters. He earned the European theater ribbon, five bronze stars, American theater ribbon, American Defense Service Medal, Good Conduct ribbon and four overseas bars.

He was united in marriage to Laura Flores, November 7, 1942 in Leesville, LA. He farmed the family farm for most of his life, raising short horn cattle. Following retirement he operated a bulldozer for George Miller Construction. He was a member of the Good Sam Camping Club, Big River Camping Club and the Short Horn Cattle Association.

He was preceded in death by his parents, brother Doyle and sister Hazel Hammond.

To order memorial trees or send flowers to the family in memory of Charles Plecker, please visit our flower store.