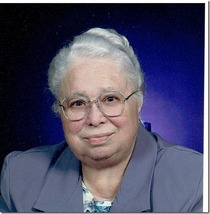 In 1958 Wayne and Bernice moved from rural Iowa City to Decatur County in southern Iowa.  It was in this community that they bought a farm, raised their children and made this their home for over 27 years.  Bernice acquired a love of reading at a young age and after her children were born decided to write her first book drawing from her own life experiences growing up in an Amish family.  Bernice not knowing how to type, wrote her books out in long hand, then later hired a friend to type her manuscripts.  Books published were “The Crying Heart”, “Katie”, “The Tender Herb” and “To All Generations”.  Even though her children were proud of their mother’s accomplishments as an author, Bernice used to say her children “were more excited over a good home made chocolate cake than her published books”.  Bernice became active in Pen Women of Iowa, The Leon Garden Club, enjoyed her flower garden, served for several years as Decatur County Farm Bureau Women’s chairman,  served on the board of The Decatur County Red Cross, attended writers conferences, and was invited many times to share her story as a public speaker of how she became an author. Wayne and Bernice enjoyed a European Tour that concluded with a trip to the Holy Land in the early 1980’s, and were members of The Gideon’s International for many years.   After Wayne died she attended one year of college at Eastern Mennonite University where she took  Bible classes.  In 1985 she moved to Kalona and became active in The Kalona Historical Society and serverd as a tour guide for a number of years, The Kalona Lioness Club..  Bernice was a faithful member of the Kalona Mennonite Church, where she served as a Sunday School and Bible School teacher, was involved with WMSC, wrote a monthly article in the church newsletter for several years called “It Seems to Me”, and served as a church elder. After Bernice moved to Pleasantview and was unable to attend Kalona Mennonite church, she continued to pray faithfully for the church, her children, grand children and great grand children on a regular basis and for many people in the Kalona and Wellman community.

To order memorial trees or send flowers to the family in memory of Clara Miller, please visit our flower store.