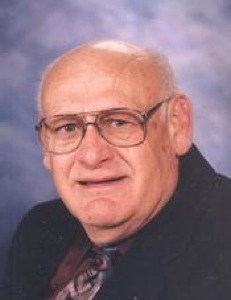 A celebration of life for Dale A."Dude" Batterson, 81 of Washington will be held Monday, March 26, 2012 at 2:30PM at the Beatty Funeral Home in Washington with Jim Mittler officiating. Burial will follow with full military honors by American Legion Post #29, at the Elm Grove Cemetery in Washington. Visitation will be held Sunday, March 25 from 3-5PM and Monday with the family present from 12:30PM until the time of the service. A general memorial fund has been established. Dale Batterson died Wednesday, March 21, 2012 at the Univeristy of Iowa Hospitals and Clinics following a brief illness.

Dale Arlin Batterson was born May 18, 1930 in Washington, Iowa the son of Aaron and Alpha (York) Batterson. He graduated from Washington High School and served in the Air Force during the Korean Conflict. Dale was united in marriage to Virginia Waters (Moothart) on April 2, 1960. Dude was a Tool and Dye Maker his entire life and was employed at Washington Manufacturing, Perfex, Crane Company, Victor Plastics, GE and Oral B. He had been a member of the Jaycee's and was currently a member of the Washington American Legion Post #29. Dude enjoyed making model airplanes, refinishing furniture, watching the Iowa Hawkeyes and spending time with friends.

To order memorial trees or send flowers to the family in memory of Dale Batterson, please visit our flower store.