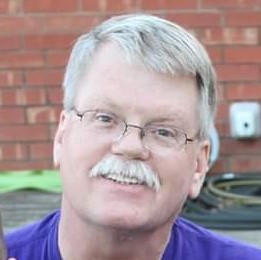 Daniel Patrick Kissinger, 65, of Norman, Oklahoma left this world and joined the House of our Lord on March 19, 2019.  He was born on October 13, 1953 to Gerald Rogers and Barbara Ann Kissinger. He was a kind and gentle man. He loved his wife of 46 years, Terry Lee Wallerich. He was a wonderful father to his children, Troy Daniel and wife Season, Jessica Lynn and husband Michael Pascarella, and Kyle David. One of the most cherished highlights of Daniel’s life was being PawPaw to his amazing grandchildren, Nathan, Brayden, Maximus, Daniel, Moxie, Adelynn and Leonidas.

Daniel was born in Washington, D.C. at Bolling Air Force Base. He spent is youth in Burlington, Iowa. After graduating from Burlington Community High School in May 1971, he joined the Air Force. He served as a Real Estate Cost Management Analysis Specialist at bases in Texas, Wyoming, North Dakota and the Republic of Panama. Once he served his country, he moved to Norman, in 1978, to attend the University of Oklahoma. He graduated with B.S. in Environmental Design in 1983. He found employment with the University of Oklahoma Physical Plant in October 1984. After serving as a Draftsman, Estimator, Project Coordinator, and Project Manager, he retired in July 2015.  Throughout his life, Daniel enjoyed coin and stamp collecting, photography, woodworking, landscaping, Sooner football, history, and traveling.

Left with his memories are his mother, Barbara; wife, Terry; his children and grandchildren, and his siblings, Tracy and husband Jim Poffenbarger, Lori and husband Bill Bloomberg, Kyle and wife Sundi Kissinger, and Erin Kissinger, and several nieces and nephews, along with numerous friends.

He is preceded in death by his father Gerald and sister Kelly Ann.

To order memorial trees or send flowers to the family in memory of Daniel Kissinger, please visit our flower store.