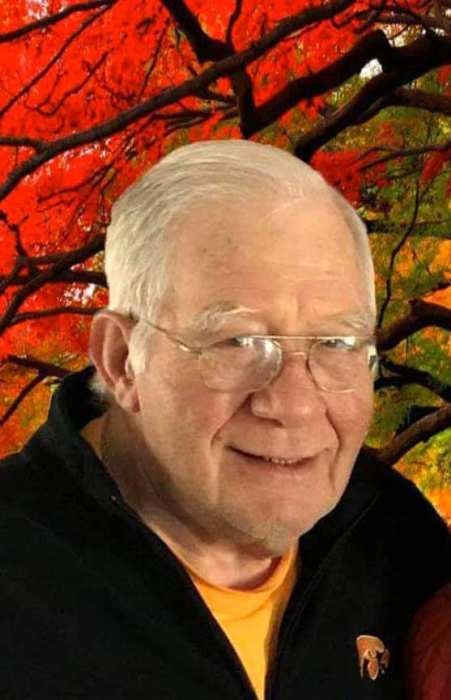 A Celebration of Life for Dickie Lee Schlatter, 83, of Washington, formerly of Wayland and Kalona, will be held Monday, March 2, 2020, at 11:00 AM at Wayland Mennonite Church in Wayland with Pastor Andrew Zuehlke officiating. The family will greet friends from 2 – 6PM Sunday, March 1, at the Peterseim Funeral Home in Kalona. His body has been cremated and burial will be at a later date. In lieu of flowers a memorial fund has been established for the Shriner’s Memorial Hospital and Hospice of Washington County. Dick Schlatter died Thursday, February 27, 2020, at the United Presbyterian Home in Washington.

Dickie Lee Schlatter was born September 17, 1936 in Henry County, Iowa, the son of Millard H. and Leola L. (Christner) Schlatter. He graduated from Wayland Consolidated School. As a youngster, Dick mowed yards in town, carried newspapers, and helped his many aunts, uncles, and friends with chores. At the age of 12 he began learning the auto mechanic business with his father. He took over management of the business (Schlatter Garage) in 1970, ownership in 1994, and retired July 1, 2000. On October 7, 1956, he was united in marriage to Mary Bowser at the Little Brown Church in Nashua, Iowa. Mary assisted Dick with various duties at the garage over the years, including bookkeeping and pumping gas. Sons Tim and Steve, as well as grandsons Chad, Josh, and Matt Manning, worked in the business with Dick and Millard, and daughters Tami and Dixie assisted with cleaning. Dick was an avid fan of Wayland and WACO sports, and ran football down-marker for many years, and drove varsity basketball and football players’ bus for more than 40 years while he followed his children’s and grandchildren’s many sports endeavors. He was a die-hard Iowa Hawkeye and St. Louis Cardinal fan. His love of sports has taken him to many major stadiums around the country with family and friends.

Dick was a member of the Wayland Fire/Rescue for 44 years, where he was Captain for five years and Chief for 19 years. He was a member of the Iowa Fire Chiefs Association and International Association of Chiefs and was named Firefighter of the Year in 2001. Dick was instrumental in establishing EMS in Wayland in 1979, served as a Wayland City Council member for 12 years, served as mayor pro-tem for six years, serving one year as mayor. During his time with the city council, he was instrumental in completing water tower and city sewer projects. Dick also helped establish Henry County Emergency Management Committee where he was a member for 28 years, serving as chairman for 20 years. He helped establish the 911 committee or Henry, Washington, and Jefferson counties and was a member until 2002. Dick received the first LeRoy Meyer Award for outstanding volunteerism contributions toward economic development in the Wayland community and received the Governor’s Volunteerism Award in 1992.

In 2002 Dick and Mary moved to Kalona to be close to church and Mary’s work and he served as an elder in the Living Word Fellowship at Shiloh, where in earlier years he was instrumental in the establishing of, overseeing, and planning of building projects. He was a member of the Kalona 1st Responders from 2002 – 2019 and was a Mid-Prairie school bus driver from 2002 until retirement in 2013. Dick was awarded the 50 years of Fire & EMS service by Washington County Ambulance Service, 60 years in firefighter and EMS service by Kalona 1st Responders, honored as a 50 year Mason at Wayland Masonic Lodge in 2008 and was honored to be the Grand Marshall for the Wayland Independence Day Parade in 2010. Dick and Mary enjoyed traveling, especially visiting family and friends. They toured nine countries in Europe, and visited Mexico, Hawaii, Canada, and a majority of states in the U.S., most recently touring Washington D.C. with son Steve and family.

To order memorial trees or send flowers to the family in memory of Dickie Schlatter, please visit our flower store.