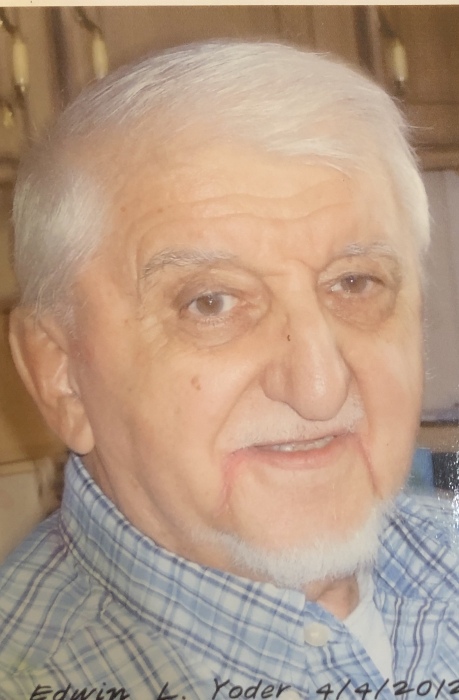 Ed Yoder was born near Kalona on May 18th, 1929, to Jonas and Lena Yoder. He attended Evergreen School. He later earned his GED and attended trade school to become a bricklayer. Ed married Esther Miller on June 3rd, 1951. They were married 59 years, until Esther’s passing in 2010. Ed worked as a bricklayer in Iowa and Atlanta, GA. He was a member of East Union Mennonite Church and the Washington Township Optimists Club. He will be remembered for his wonderful sense of humor and driving his little red scooter around Kalona for the past several years.

Upon retirement, Ed and Esther moved to Horseshoe Bend AR, where they lived for 10 years before returning to Kalona. Before moving to Georgia, Ed donated blood for many years.

Ed was preceded in death by his parents, his wife Esther in 2010, a granddaughter Allison Yoder, brothers Paul and Katie Yoder, David and Verna Yoder, and 3 half-siblings Chriss Yoder, Frieda Whetstone, and Mabel Miller.

In lieu of flowers, memorial donations may be made to East Union Mennonite Church or the Mississippi Valley Blood Bank.

To order memorial trees or send flowers to the family in memory of Edwin Yoder, please visit our flower store.