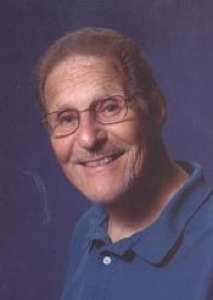 A service in celebration of Elwin Colson’s life will be held at Faith Baptist Church, 1220 West Madison Street, Washington on Saturday at 2 pm, with visitation beginning at 1 pm.
Visitation will also be at Beatty Funeral Home, 107 South 15th Avenue, Washington on Friday, November 23 from 12 pm to 7 pm with family present between 4 pm and 7 pm. In lieu of flowers, gifts in his memory may be contributed to Faith Baptist Church or Hospice of Washington County.
The Reverend Elwin W. Colson was called to his Heavenly Home on November 21, 2012 while at home in Washington, Iowa. He had been living with cancer for the last 15 years.
Elwin and his twin brother Edwin were born March 27, 1931 in West Point, Nebraska to Harold and Emma (Somer) Colson. They moved to Waterloo, Iowa where the boys graduated from East Waterloo High School in 1951.
Together the twins moved to Chicago and graduated from Moody Bible Institute. They were ordained together on June 22, 1954 at Walnut Street Baptist Church, Waterloo. Elwin went on to earn a Bachelor’s degree from Drake University; his B.D. and Masters of Theology from Northern Baptist Theological Seminary. He completed four units of Clinical Pastoral Education and received a Certificate of Advanced Studies in Counseling from Northern Illinois University. He also completed the coursework towards his Doctorate of Ministry at Northern Seminary.
Elwin and Joanne Goode were married August 26, 1955 at First Federated Church in Des Moines, Iowa and together served the Lord all of their 57 years of married life.
Elwin pastored many congregations. He founded Rapid Street Baptist Church, Adel, Iowa and pastored First Baptist Church, Byron, Illinois; First Baptist Church, Manistee, Michigan; Bethany Baptist Church, DeKalb, Illinois; and Bethel Baptist Church, Getzville, NY. He served three congregations as Interim Pastor -- First Baptist Church, Lorraine, Kansas, First Presbyterian Church, Winfield, Iowa, and returned to First Baptist Church, Byron, IL, for a short, but significant time.
The Colsons moved to Washington, Iowa in 1990 as Elwin began serving as Chaplain at Mt. Pleasant Correctional Center and the Medical and Classification Center in Oakdale. Elwin experienced his greatest joy in ministry serving among the men in the prisons where he was integral in fostering countless transformations. He formally retired in 2002, and continued volunteering until 2011. He also served as volunteer chaplain at Washington County Jail and at Hospice of Washington County, and enjoyed membership in Morning Kiwanis. The Colsons are members of Faith Baptist Church.
Elwin was often found reading his Greek New Testament, gardening, bicycling, and baking bread. Without question, Elwin’s greatest delight was his family. He always said that his family was his pride and joy.
Elwin spoke of looking forward to Glory and meeting his Lord whom he faithfully served his whole life long. He is survived by his wife, Joanne; son Randall Elwin Colson (wife Valerie) of Dallas, Texas; daughters The Reverend Rene’ Colson Hudson (husband Gordon) of Moorestown, NJ, and Rachelle Colson LaMaster (husband Steve) of Cambridge, MA; seven grandchildren, Catherine Emma and Christopher Elwin Colson; Sophie, Anwen and Hallie Hudson; Magdalyn and Ada LaMaster: and four nephews, Edwin, Brent, and Daniel Elwin Colson of Rockford, Illinois and Eric Colson of Round Lake, Illinois. He was preceded in death by his parents, his twin brother Edwin and sister-in-law Joy (McWilliams) Colson.

To order memorial trees or send flowers to the family in memory of Elwin Colson, please visit our flower store.