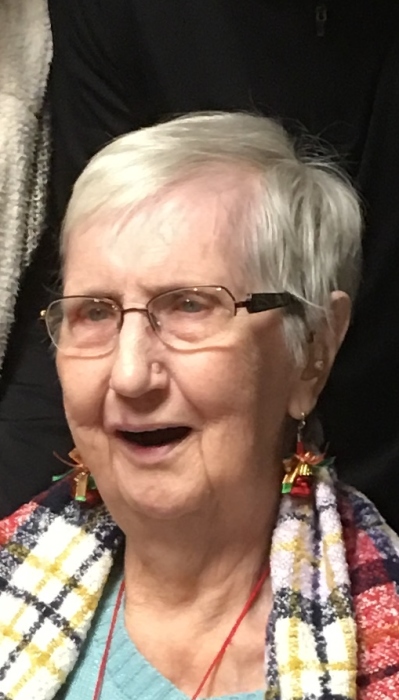 Gladys I. Dayton, 95, of Washington, died Monday, February 17, 2020 at the United Presbyterian Home in Washington. Gladys has been cremated and her family will greet friends from 1 – 5 PM, Sunday, February 23, 2020 at the Kalona Chamber of Commerce Building. A general memorial fund has been established. The Beatty Peterseim Funeral Home is assisting the family.

Gladys Irene (Fritz) Dayton was born February 16, 1925 in Iowa, the daughter of Lawrence and Anna (Wagler) Fritz. She graduated from Washington High School and worked as a nurse’s aide at the Washington County Hospital and as a cook at Shiloh. She was united in marriage to Mike Dayton. Gladys enjoyed quilting, cooking and spending time with her grandchildren. Survivors include her daughter Bernice Bender of Washington; three grandchildren: Angie (Troy) Suchan of Washington, Mike Bender (Nicole Strand) of Keota, Shannon Bender (fiancé Brad Wollenzien) of Marion, WS; ten great-grandchildren: Dakota, Caleb, Noah, Emma, Drake, Jarrett, Lucas, Austin, Ethan and Elijah, four siblings: Betty Kuntz of Texas, Lorene Gilchrist, Lidvil Hart and Marlene Fritz all of Washington; and many nieces and nephews.

To order memorial trees or send flowers to the family in memory of Gladys Dayton, please visit our flower store.