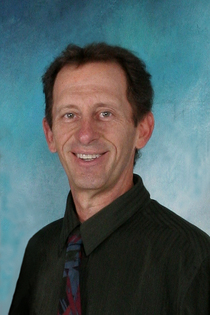 A celebration of life for Jerry D. Teets, 52, of Kalona will be held Tuesday, December 1, 2015 at 10:00 a.m. at the Kalona Mennonite Church.  Visitation will be held Monday, November 30 from 2 – 7 p.m. at the Peterseim Funeral Home in Kalona.  A memorial fund for the family's use has been established.  Jerry Teets died Thursday, November 26, 2015 at his home in Kalona.

Jerry Dean Teets was born January 2, 1963 in Iowa City, Iowa the son of Robert E. and Margaret (Bailey) Teets.  He graduated from Mid Prairie High School in 1981 and attended Kirkwood Community College.  On June 13, 1987 he was united in marriage to Linda Waters at Crooked Creek Christian Camp in Wayland, Iowa. Jerry has owned and operated J. Teets Studio since 1994.  He was employed by the Mid-Prairie Community School District as a bus driver for 8 years.  Jerry volunteered as a hunter safety instructor and he enjoyed hunting, fishing, camping and spending time with his family.  He had a passion for helping others.

Survivors include his wife, Linda of Kalona, four children: Gregory, Elissa, Jessie and Marshal, all of Kalona, his mother, Marg Teets of Wellman, siblings: Janice (Jeff) Aggson of Wellman, Dan (Janet) Teets of Iowa City, Deana (Chris) Canny of Washington, and father and mother in law, John and Arvilla Waters of Kalona.

Preceding Jerry in death was his father, Robert Teets on March 4, 2015.

The following link has been created by Terry Waters to assist the family:
https://www.youcaring.com/jerry-teets-476574/update/398582

Please click here to view the video tribute
To order memorial trees or send flowers to the family in memory of Jerry Teets, please visit our flower store.