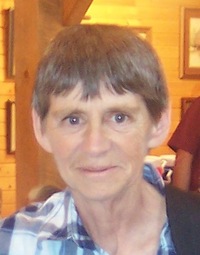 
A Mass of Christian Burial for Lucille Rotenburger, 55 of Kalona will be held Monday, October 28, 2013 at 10:30 AM at the Holy Trinity Catholic Church in Richmond with Father David Brownfield and Deacon Derick Cranston officiating.  Burial will follow at the Holy Trinity Catholic Cemetery.  Visitation will be held Sunday, October 27 from 2 – 7 PM at the Peterseim Funeral Home in Kalona, where a prayer service will be held at 7 PM.  In lieu of flowers a general memorial fund has been established.  Lucille died at her home in Richmond on Friday, October 25 following a battle with cancer.

Lucille Mary Rotenburger was born on January 30, 1958 in Iowa City, the daughter of Leonard and Lela (Parson) Rotenburger.  She grew up in Trenton and attended Mt. Pleasant High School until 1975.  She worked 18 years at Sheller Globe in Iowa City, then K & K Sanitation and the Riverside Casino until she became ill.  Lucille was a member of the Holy Trinity Catholic Church in Richmond and a member of the American Legion Auxiliary in Wellman.

Preceding Lucille in death were her parents, one brother and one niece.

To order memorial trees or send flowers to the family in memory of Lucille Rotenburger, please visit our flower store.