A funeral service for Mattie (Miller) Beachy, 95, of Kalona, will be held Sunday, May 7, 2017 at 2:00 PM at the Sunnyside Conservative Mennonite Church with Pastors Floyd Helmuth, Andy Shimko, Joel Beachy officiating. Burial will follow at the South Gingerich Cemetery in rural Kalona. Visitation will be held Saturday, May 6 from 4 – 7 PM at Sunnyside Church. A memorial fund has been established for the Crowded Closet. Mattie Beachy died Wednesday, May 3, 2017 at the Pleasantview Home in Kalona.

Mattie (Miller) Beachy was born May 17, 1921 in Amboy, IN., the daughter of Oba J. and Anna (Yoder) Miller. On December 18, 1941 she was united in marriage to Floyd Beachy in Amboy, IN. She was a member of the Sunnyside Conservative Mennonite Church where she was active in the sewing circle, and a charter volunteer at the Crowded Closet. Mattie enjoyed sewing, quilting, crocheting, baking and was very creative in the way she decorated her home. She was a gifted listener, and that attribute gained her a multitude of friends throughout her life. Mattie will be remembered as a non-judgmental confident that accepted and loved people unconditionally.

To plant memorial trees or send flowers to the family in memory of Mattie Beachy, please visit our flower store.

I will always have good memories of my time spent with Mattie and times I spent with Floyd, John and Brent. Mattie was a very loving and caring person. Mattie was very supportive to me throughout the time I knew her. When I think of Mattie, I think of Proverbs 31:10-31, "Many women have done wonderful things, but you've outclassed them all! Charm can mislead and beauty soon fades. The women to be admired and praised is the woman who lives in the Fear-of-God." I will always remember her and the encouragement she gave to me. My thoughts and prayers are with the family. "Now may the Lord of peace Himself give you peace always in every way. The Lord be with you all!"

To the Family of Mattie Beachy, I have good memories of the times I stayed in Floyd and Mattie's home. I remember her cheery smile and gentle disposition.May God comfort those who mourn.May your memories sustain you now and into the future.

I will always remember the fun times we had at Floyd and Mattie's home in Indiana.Also visiting them in Iowa a few times. I last saw them at their 50th wedding anniversary celebration. I know she will be missed by the family.It is always so hard to lose our parents. Floyd and Mattie attended my Mother's funeral in 1991. You are all in my thoughts and prayers at this time. Love and Prayers, Almeda

I will always remember Mattie as a classy lady. I always enjoyed visiting with her at her home and at Pleasantveiw. She will e missed. May God comfort and keep you in his care. 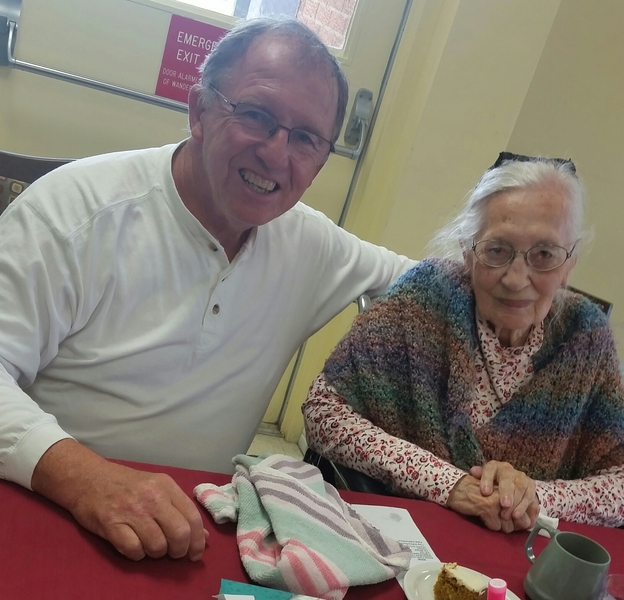