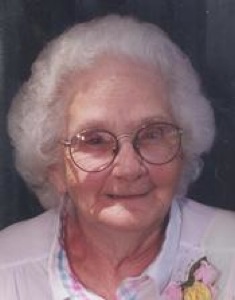 Opal Beatrice Goodwin was born April 24, 1919 in Oelwein, Iowa the daughter of Jay Earl and Carrie Geneva (Bell) Moore. She was united in marriage to Kenneth Eugene Goodwin on September 12, 1935, and enjoyed 72 years of marriage. Opal held a variety of jobs during her life with her most treasured job being a great mother of eight children. She was their utmost teacher in teaching them the true value of life; family. Opal also cherished her time working with Hospice and Home Health Care of Washington. She was stongly committed and faithful to the Assembly of God Churches. Opal enjoyed spending time with her family and going to garage sales.

To order memorial trees or send flowers to the family in memory of Opal Goodwin, please visit our flower store.