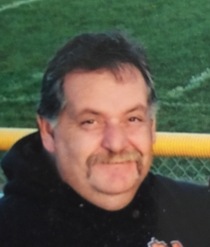 
Graveside services have been set for 10:30 AM Monday, July 13, 2015 at the Elm Grove Cemetery in Washington. His body has been cremated. Family visitation will be from 5-7:00 Sunday at the Beatty Funeral Home in Washington. A general memorial in the name of Randy Lewis Albright has been established.

Randy was born April 16, 1960 the son of Jerry and Virginia (Rotzinger) Albright. He graduated from Washington High School in 1978. He was employed by the University of Iowa for many years and most recently with the Gazette Newspaper. He enjoyed car racing, mushroom hunting and was an avid Hawkeye fan.

He was preceded in death by his father.
To order memorial trees or send flowers to the family in memory of Randy Albright, please visit our flower store.