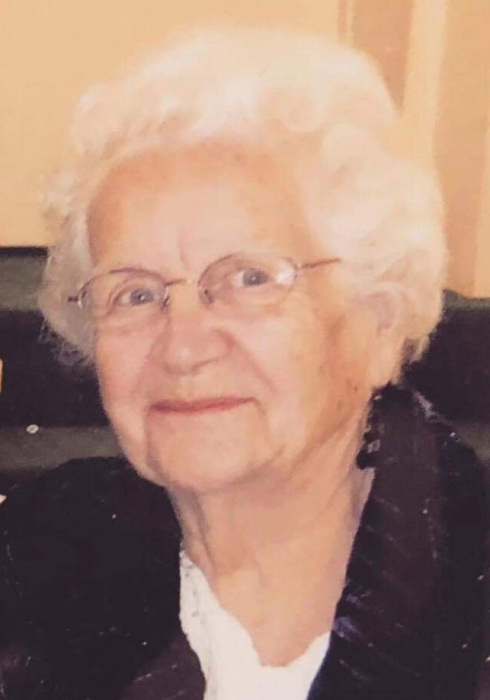 A Mass of Christian Burial for Rita M. Jenn, 92, of Hills will be held Monday, December 17, 2018, at 10:30 AM at St. Mary's Catholic Church in Riverside with Father Michael Spiekermeier and Father Bill Roush officiating. Burial will follow at St. Stanislaus Cemetery in rural Hills. Visitation will be held Sunday, December 16, 2018, from 4 – 8 PM at St. Mary's Church in Riverside, where a Rosary will be recited at 4 PM. A memorial fund has been established for Atrium Village and Iowa City Hospice. Rita Jenn died Tuesday, December 11, 2018, at Atrium Village in Hills.

Rita Mary (Ruth) Jenn was born January 26, 1926, in Riverside, Iowa, the daughter of Herman and Bertha (Bulger) Ruth. She graduated from St. Mary's High School in 1944 and attended St. Clare College in Clinton. Rita taught in rural schools in Johnson County for five years. On August 11, 1948, she was united in marriage to Joe Jenn at St. Mary's Catholic Church in Riverside. Rita was a homemaker and a member of St. Josephs Catholic Church in Hills where she served as a lector, Eucharistic minister, member of the church council and was the religious education coordinator for 20 years. She also served on the Davenport Diocese council and was a member of the Catholic Daughters and DCCW and served on the Atrium Village care review board. She belonged to the KUB Club, the Rural Johnson County Women's Club, and the Pinochle group.

The family would like to thank the staff at Atrium Village and Angie Valencia and Dee Bickford of Iowa City Hospice for their loving care of Rita.

To order memorial trees or send flowers to the family in memory of Rita Jenn, please visit our flower store.

Recitation of the Rosary