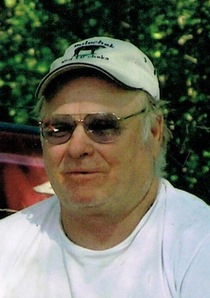 A celebration of life for Robert "Bob" Bulechek, 69 of rural Kalona, will be held Friday, February 21, 2014 at 10:30 AM at the Sharon Center United Methodist Church in rural Kalona with Pastor Doug Cue officiating.  Burial will follow at the St. Stanislaus Cemetery in rural Hills.  Visitation will be held from 3–5 and 6-8 PM Thursday, February 20 at the Peterseim Funeral Home in Kalona where a Rosary will be said at 7:30 PM.  A memorial fund has been established for the Johnson County 4H Fairgrounds.  Bob Bulechek died of an apparent heart attack at his home on February 18, 2014.

Robert R. "Bob" Bulechek was born January 4, 1945 in Iowa City the son of Alfred J. and Mary Rita (Delaney) Bulechek.  He graduated from Regina High School and served in the Army Reserves.  He was united in marriage to Jeanette Brenneman on May 10, 1969 in Iowa City.  Bob was confirmed in the Catholic Church.  He farmed all of his life and enjoyed hunting, Iowa Hawkeye sports, diet Pepsi and going to the sale barn and his dog 'Black'.  Bob was known for his annual August breakfast held at the Donelson Pond.

Preceding Bob in death were his parents, one sister; Judy Ball and a son in law; Richard Van Zee.

To order memorial trees or send flowers to the family in memory of Robert (Bob) Bulechek, please visit our flower store.