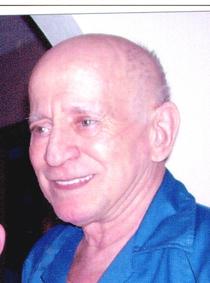 Roman Miller passed away Saturday, May 21, 2016 at the Brooklyn Community Estates in Brooklyn, Iowa.
A visitation will be held Saturday, June 4 from 10:00-11:30 at the Peterseim Funeral Home.

Private graveside services will be in the Sharon Hill Cemetery, Kalona.

Roman I. Miller was born January 29, 1942 in Kalona, the son of Ira and Fannie (Yoder) Miller. Roman and Linda Swartzendruber were married in the Kalona United Methodist Church on October 22, 1961.
The couple lived and worked at the Oakdale Campus in the dairy and kitchen for 10 years.  After that time Roman was employed on several farms in Ladora and Guernsey and later at the Brooklyn Elevator until retirement.

Preceding Roman in death were his parents, a sister Irene Schultz and brother Oba Miller.

A memorial fund has been established for the  Deep River Fire Dept, the Deep River Responders, or Essence of Life Hospice.

To order memorial trees or send flowers to the family in memory of Roman Miller, please visit our flower store.