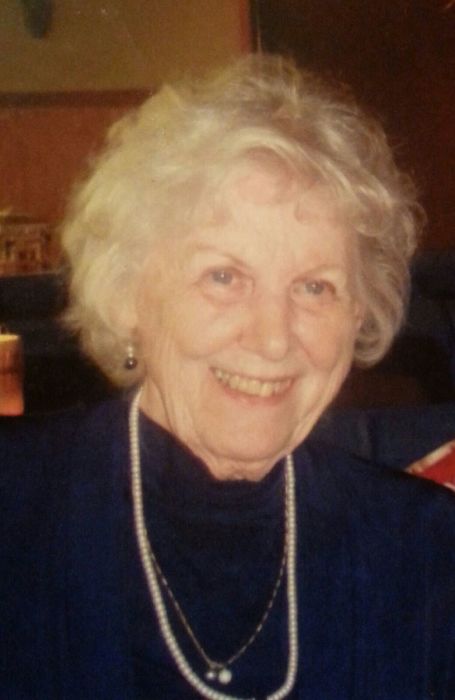 Verla Becker-Drollinger of Iowa City, IA passed away on Tuesday, September 5, 2017 at Marietta’s Place in Manchester, Iowa. The funeral service will be at St. John’s Lutheran Church on Tuesday, September 12th at 11am in Sumner, IA. Visitation will be 10-11am. In lieu of flowers, donations may be made to Good Neighbor Home, 105 McCarren Dr, Manchester, IA, 52057. Verla was born July 7, 1923 in Bremer County to Elmer and Elsie (Nolte) Tiedt. She graduated from Readlyn High School in 1940. Verla was joined in marriage to Lester Becker on April 14, 1941. Together they made their home, owned Becker Implement and raised their two children in Readlyn, Iowa. Verla was widowed in 1979 and married Lyle Drollinger of Iowa City on December 16, 1995. Verla enjoyed decorating her home, entertaining, big band music, gardening and canning. She was an excellent cook, hard worker and always the first to help those in need. Verla was the co-owner of many businesses throughout her lifetime including the Duke and Duchess clothing store and knitting shop in Cedar Falls and pawn shop in Iowa City. Her last venture was working at City Park Amusement Rides from 1982 to 1993 and Gifts at Sycamore in Sycamore Mall. Verla is survived by her daughter, Jane Coons of Grimes, IA; brother, Marvin (Norma) Tiedt of Sumner; sister-in-law, Dena Tiedt of Sumner; daughter-in-law, Sandy Becker; granddaughters, Katherine Gipple, Nicole Wilkens, Kimberly Gipple, Michelle Smith and Amanda Hall; 11 great grandchildren. Verla was preceded in death by husbands, Les and Lyle; son, Bill Becker; brothers, Paul Tiedt and Elmer Tiedt; sister-in-law, Beverly Tiedt. The family would like to thank the staff at Marietta’s Place for taking exceptional care of Verla in her last stages of life.

To order memorial trees or send flowers to the family in memory of Verla Becker Drollinger, please visit our flower store.