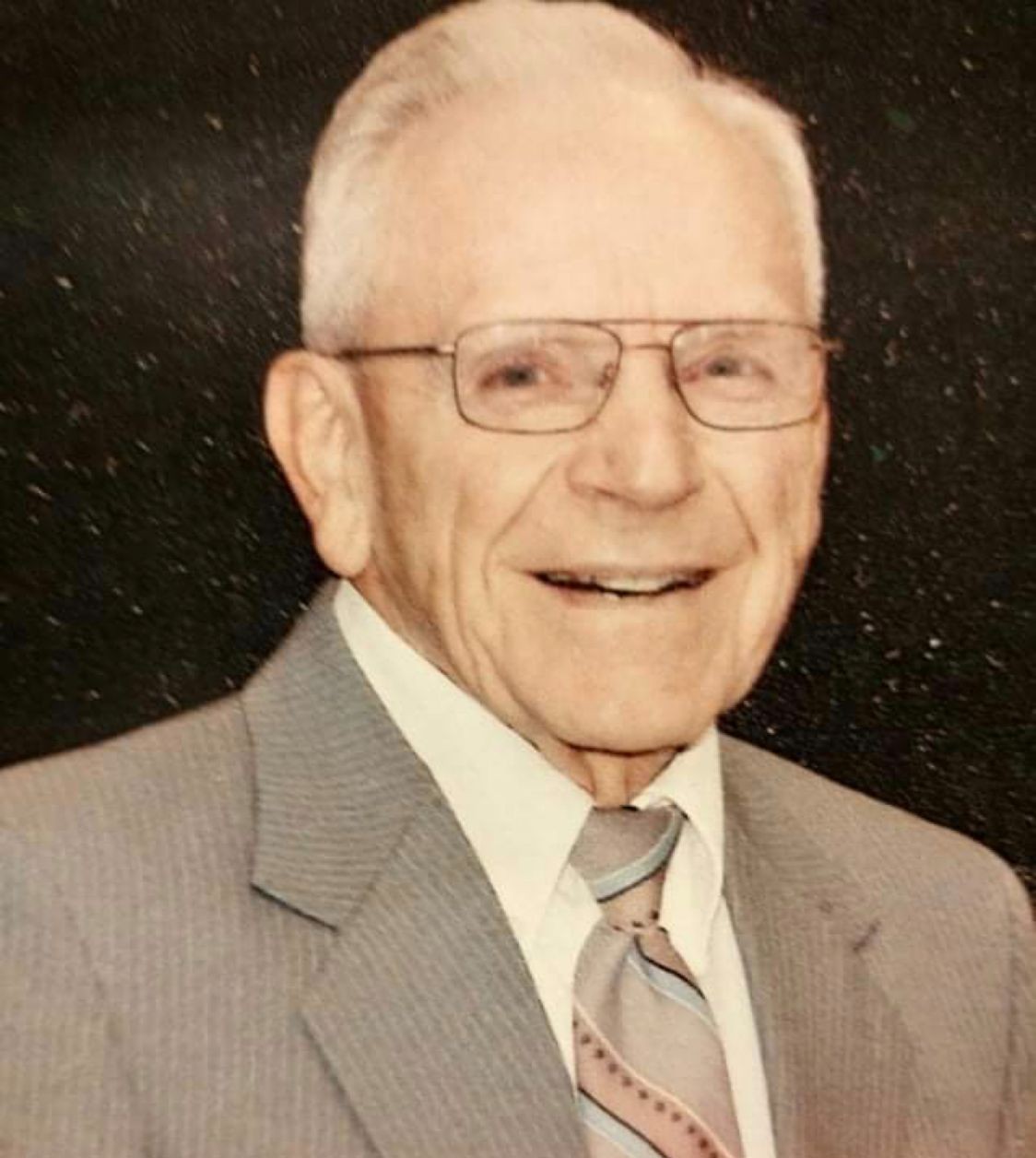 
Funeral services have been set for 10:30AM, Tuesday, December 21, 2021 at the Beatty Funeral Home in Washington with Pastor David Schooley officiating. The service will be available via Livestream at the Beatty Peterseim Facebook page. Burial will follow in the Sugar Creek Cemetery. Family will receive friends from 9:00AM, Tuesday at the funeral home until service time. Memorials may be designated to the Parkview Home and the Hospice Compassus.

Ezra was born August 23, 1925 in Wayland, Iowa the son of John F. and Tillie M. (Rapp) Gugel. He graduated from Wayland High School and was united in marriage to Kathryn Roth December 28, 1952 at the Bethel Mennonite Church.

Ezra was a member of the Eicher Mennonite Church. He was a carpenter for all his life, working at Spahn and Rose, Reschly Construction, Gugel Brothers, Buffington Carpentry and self employed . He was especially known for his finish carpentry work.

He was preceded in death by his parents, wife in 2008, brothers Louis and Edward and son in law Larry Friedt.

To order memorial trees or send flowers to the family in memory of Ezra C Gugel, please visit our flower store.