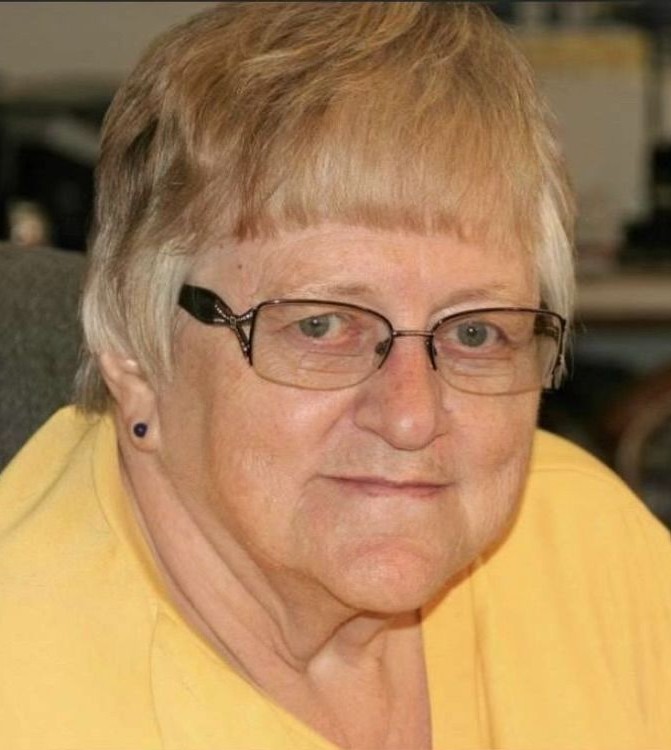 Rita Schultz, 77, of Ainsworth, Iowa died Sunday, December 25, 2022, at her home in Ainsworth. Funeral Services will be at the Beatty Funeral Home in Washington at 10:00 AM, Friday, December 30, 2022. Burial will follow at the Oregon Township Cemetery in Ainsworth. Visitation will be from 1-7:00 PM, Thursday, December 29, 2022, at the Beatty Funeral Home with family receiving friends from 4-7:00 PM. Memorials may be designated to Hospice of Washington County or Ainsworth QRS.

Rita was born September 15, 1945, in Iowa City, the daughter of Darrel Duane and Edith A. (Yoder) Wade. She graduated from Washington High School in 1964 and was united in marriage to Duane “Barney” Schultz on January 30, 1966, in Washington. She worked at Pine Rest Home as a cook, then at Advance Ross, and then at the University of Iowa in housekeeping and telecommunications for 30 years, retiring in 2015. She was a TOPS member and enjoyed reading, puzzles, crocheting, and spending time with her grandkids.

Her parents, brother Gary Wade, and a sister Edith Marlene Jones preceded her in death.

To order memorial trees or send flowers to the family in memory of Rita Kay Schultz, please visit our flower store.

The family will greet friends from 4 - 7 PM